The Halloween indicator is an investment theory that states that the period from May to Halloween will have a weaker average growth than the period following from Halloween and until the end of April. (Halloween is celebrated on October 31.) Lower trading volumes due to summer vacations are often cited as a reason behind the historical discrepancy in performance between these two parts of the year. 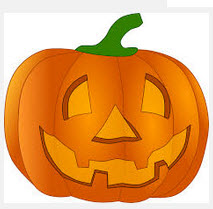 Proponents of the Halloween indicator will typically sell off their stocks in late April or early May while the stock price is still high. This is where the expression “Sell in May and Go Away” comes from. Before you decide to implement a “Sell in May an go Away” strategy instead of hanging on to your investments, it is important to take transaction costs and tax implications into consideration.

Even if you don’t believe in the Halloween indicator, it can still be a good idea to know about it since there are other investors that do believe in it and follows it, and knowing about this can help you predict and understand changes in stock market growth.

If enough people believe in a stock market theory such as the Halloween indicator, it can easily turn into a self fulfilling prophecy. When a lot of investors sell their shares in late April, this causes a drop in share prices. They then stay away from the stock market during the summer, which causes weak growth. When they return to pick up cheap stocks in fall, this eventually leads to increased prices after Halloween.

From a psychological point of view, October can be a scary month for investors since several well-known large one-day stock market crashed occurred in October. So there is definitely investors that feel more comfortable waiting until right after Halloween to pour their money into the stock market.